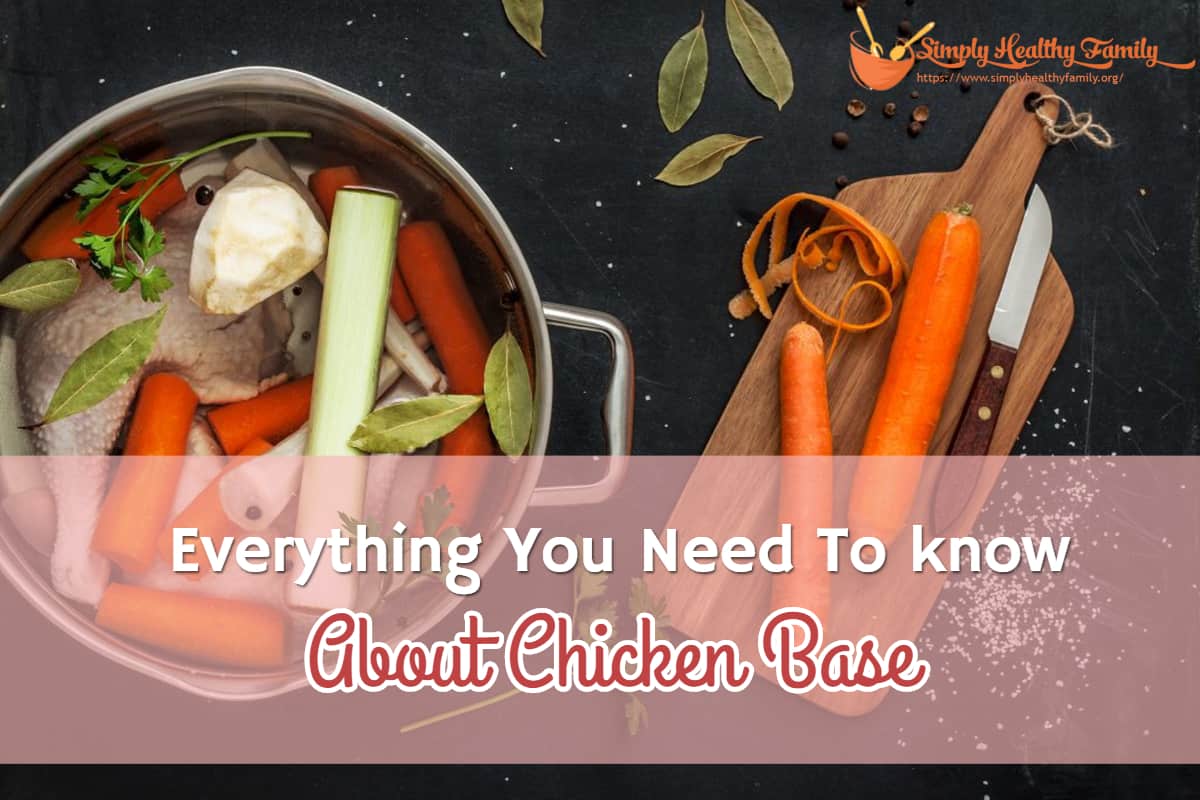 Have you ever encountered a recipe that requires a chicken base? What did you do? Did you just stop and look for another dish or soup to make?

If you did so, don’t be embarrassed. I am sure that you’re not the only one who reacted that way. But I am here to help you learn more about chicken base. Just read on and find out everything you need to know about this ingredient. Chicken base is often confused with two other handy ingredients—chicken bouillon and chicken stock. I’ll tell you what makes chicken base different from the two later.

Chicken base is actually a highly concentrated chicken stock used for making soups, sauces, and stews. It is available in powder or cube form.

Here’s an example of a chicken base. And when you browse on Amazon.com, you’ll also notice that there are beef base as well as pork base.

The good news is that in case you need one, and you can’t get to a store to buy a chicken base, you can always make your own. You’ll need a stock pot to prepare it, but it’s well worth the effort. Chicken Base on the chopping board

As mentioned earlier many cooks fail to identify the differences between chicken base and chicken stock and bouillon.

Chicken stock is flavored liquid that forms the basis of numerous dishes. It is made from whole chicken and vegetables such as carrots, celery, and onion. Seasonings like kosher salt, fresh garlic, and ground black pepper are also thrown in to make a chicken stock more flavorful. Like chicken base, it is used in recipes such as soups, stews and sauces.

Chicken base is basically chicken stock (albeit more concentrated) available in powder or cube form. Because it has a much stronger flavor than chicken stock, you need to use less of it when flavoring soups, stews and sauces. In terms of color, chicken base is also darker. Another distinct trait is it having a thicker texture.

Based on my experience, chicken base works be in sauces, stews and steamy soups. Chicken broth meanwhile is more appropriate for soups than chicken base. But this doesn’t mean that you can’t use chicken base for soups as well.

Chicken bouillon is used for flavoring soups and soups. You can use them to flavor your dishes by dissolving them in boiling water.

In short, there are very subtle differences among these three ingredients. It’s no wonder that many homemakers are often confused when asked what a chicken base is, or how it differs from chicken broth or bouillon.

Can you use chicken broth or bouillon To Replace chicken base? A bowl of Chicken Broth

But what if you come across a recipe that requires chicken base, but you only have chicken stock or bouillon cubes in your cabinet? Can you use it?

The same goes for chicken broth. Can you use chicken base in lieu of it?

How to make your own chicken base?

But why replace chicken base with chicken broth or bouillon when you can make your own?

Aside from having this ingredient readily available, making your own chicken base will ensure that you get to use one that’s free from chemicals that most commercial bases have. Plus you can reduce the amount of salt used. The ingredients are pretty basic too, such as : Wash all these ingredients and then put them in a pot Then cut it into smaller cubes before returning these into the pot. The fat should be separated by this time

Did you learn something after reading this article? Then share this article on your social media accounts, so more people will get to know chicken base and its differences from chicken stock and bouillon.

Related Content: How to reheat fried chicken, learn to save by reheating!