A Spanish onion is a type of Mediterranean onion. With its mild, sweet flavor, the Spanish onion is often eaten raw in salads and is also a popular ingredient in many recipes for cooked dishes.

What is a Spanish Onion? 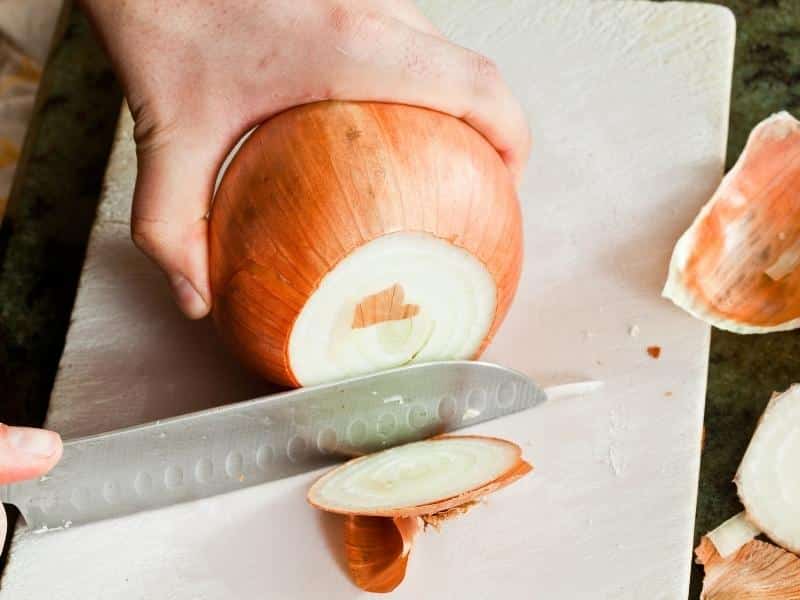 A Spanish onion is an onion about the same size as an orange, with white or yellow skin and a fine, grainy texture. This variety of onions has a less pungent aroma than other onions, due to its low sulfur content.

These onions are easy to grow, making them popular with home gardeners. Because the onions originated in the Mediterranean, they grow well in hot, humid areas. Spanish onions are cultivated in many areas in Spain, where they are popular in local produce markets. 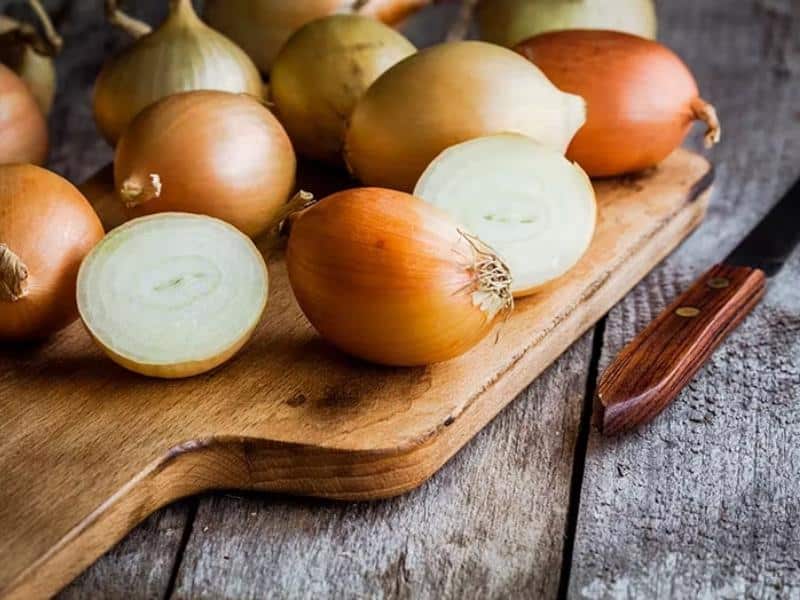 Spanish onions have a mild flavor and are often eaten raw, either sliced in salads or used as a garnish. The onion’s skin is thin and delicate, while the flesh is tender and softer than that of other onions.

Because of their high natural sugar content, Spanish onions are sweet and juicy. This sweetness makes Spanish onions ideal for making caramelized onions.

Spanish onions are healthy because they contain high levels of antioxidants, which help to lower cholesterol in the blood, reduce triglyceride levels, and protect against heart disease.

Because the variety contains anti-inflammatory properties, it helps to lower blood pressure and prevent blood clots.

However, eating excessive amounts of any onions, including Spanish onions, is unhealthy because eating onions in excess can cause digestive problems like acid reflux. 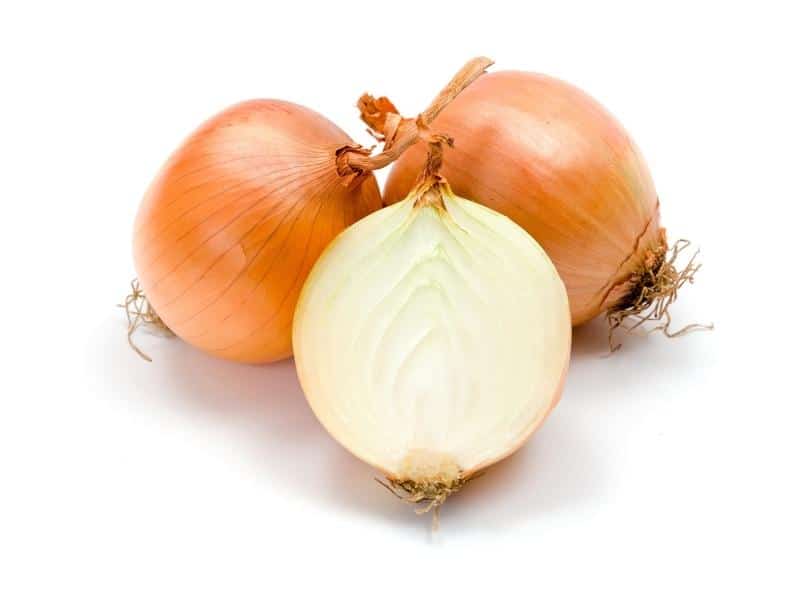 Yellow onions have a higher acid content and a tarter flavor than Spanish onions.

For a tarter flavor with more of a tang, use yellow onions as a substitute for Spanish onions in salads and cooked foods. 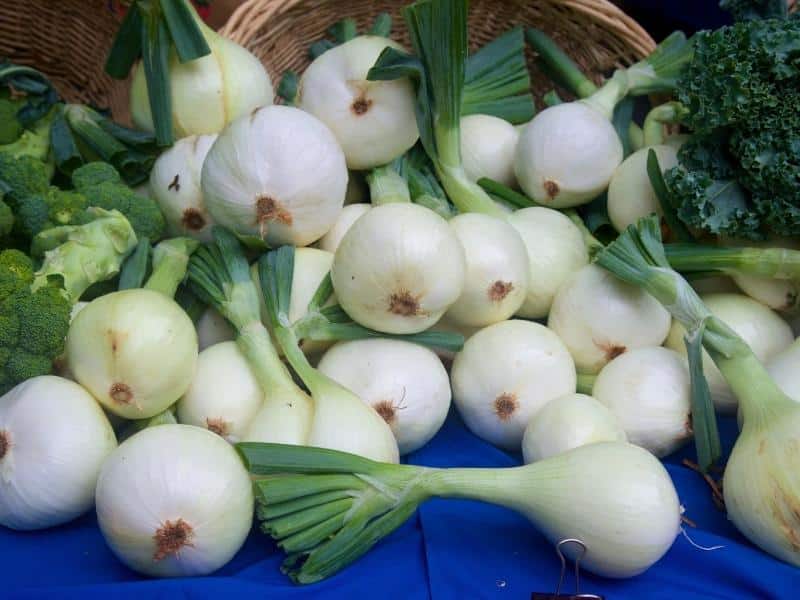 Sweet onions can be a substitute for Spanish onions when eaten raw in salads, and in cooked foods. Use sweet onions for more intense sweetness in salads, salsas, sauces, and casseroles. 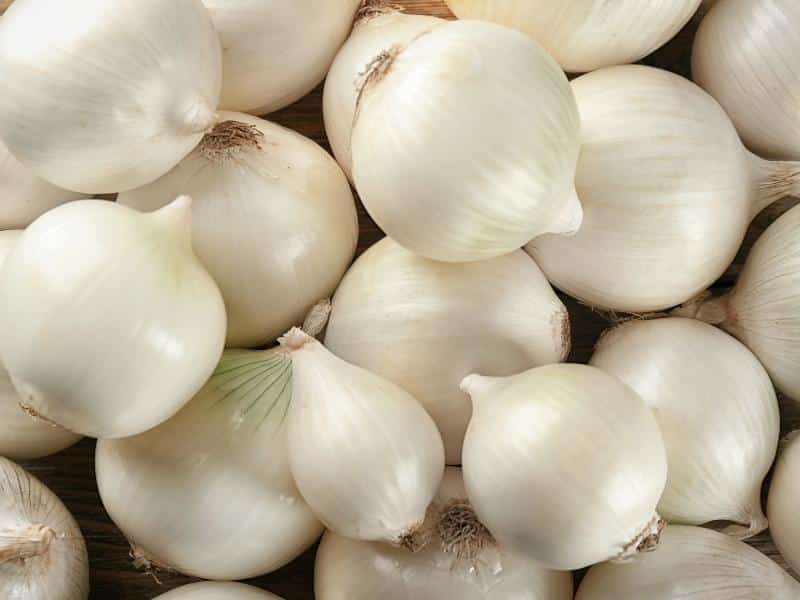 White onions are tarter and less sweet than Spanish onions. Use white onions in salads and cooked foods for a more pungent, tangy flavor.

However, the strong, pungent flavor of white onions can be reduced during cooking, which can make the white onion a more suitable substitute for Spanish onions. 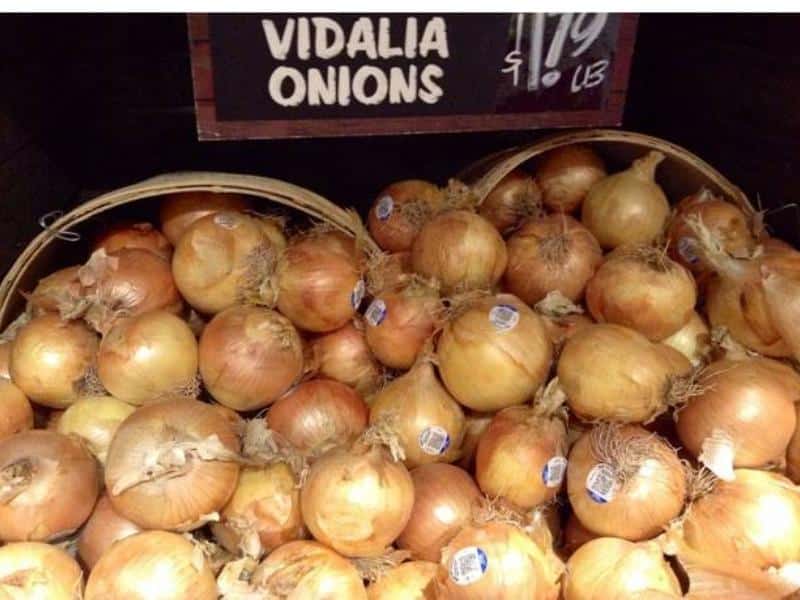 The Vidalia onion is an extra-sweet onion that is popularly eaten raw in salads and added to cooked sauces and salsas. Because both varieties are sweet, so Vidalia onions can substitute for Spanish in most recipes.

Where to Buy Spanish Onions

Most supermarkets and fruit and vegetable stores sell Spanish onions. These onions are usually planted towards the end of winter and ripen in mid-summer, so the variety is available from mid-July to mid-September.

How to Plant and Harvest Spanish Onions 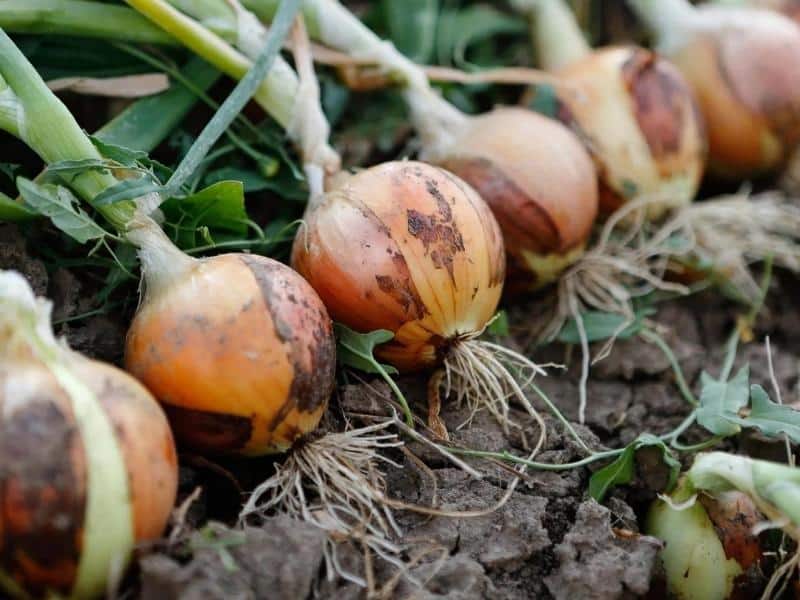 Choose a spot in full sun for growing Spanish onions and plant seeds from March–April. Planting a few seeds every two weeks throughout March and April will ensure you have a constant supply of Spanish onions throughout the summer.

Keep the soil moist by watering lightly every three days. Avoid over-watering, which could cause rotting. About four months after planting, when the tops of the onions start to bend over and the color changes from greenish-white to brown, the onions are ready for harvesting.

How to Store Spanish Onions

Leave Spanish onions out in the open to dry for one week after harvesting, then remove the tops so that only 1 inch of stem remains.

Spanish onions will last for up to two weeks when stored correctly. Store Spanish onions in a basket in a cool, dry place, out of direct sunlight. Avoid placing the onions in a plastic bag because onions sweat, causing moisture to build up in the bag, which makes the onions go moldy and rot.

Don’t store whole Spanish onions in the fridge. The onions will become soft and lose their flavor. Once an onion has been cut, store the remainder of the onion in a sealed glass container in the fridge, where it will last for a week to 10 days.

Storing cut or sliced onions in a plastic container transfers the onion’s pungent smell to the container, and it’s difficult to get rid of the smell afterward.

Raw slices of Spanish onion are great in salads and as toppings on burgers or hot dogs. Grill a thick piece of Spanish onion for two minutes before putting it on your burger as a sweet topping.

For a sweet flavor with an onion tang, add sliced or chopped Spanish onions when cooking sauces, salsas, stews, and soups.

Like other onions, Spanish onions will make you cry when chopping or slicing because the natural chemicals in the onions release sharp fumes. Here are some tips to avoid these fumes: