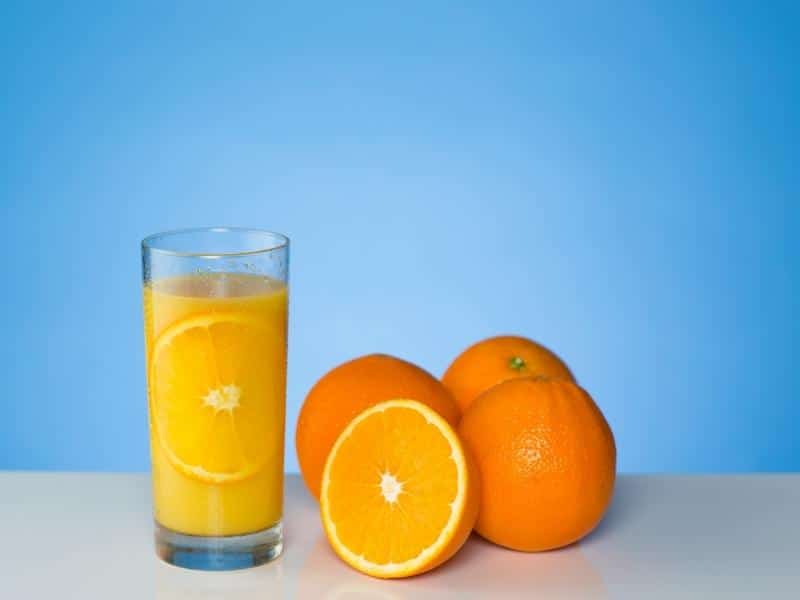 Yes, orange juice goes bad because bacteria and other microorganisms start to multiply after a certain period, causing the orange juice to taste and smell bad. A warm environment encourages the growth of these bacteria, which are unhealthy and can make you sick.

Frozen orange juice concentrate lasts the longest, and can be kept in the freezer indefinitely without spoiling.

How Long Does Orange Juice Last? 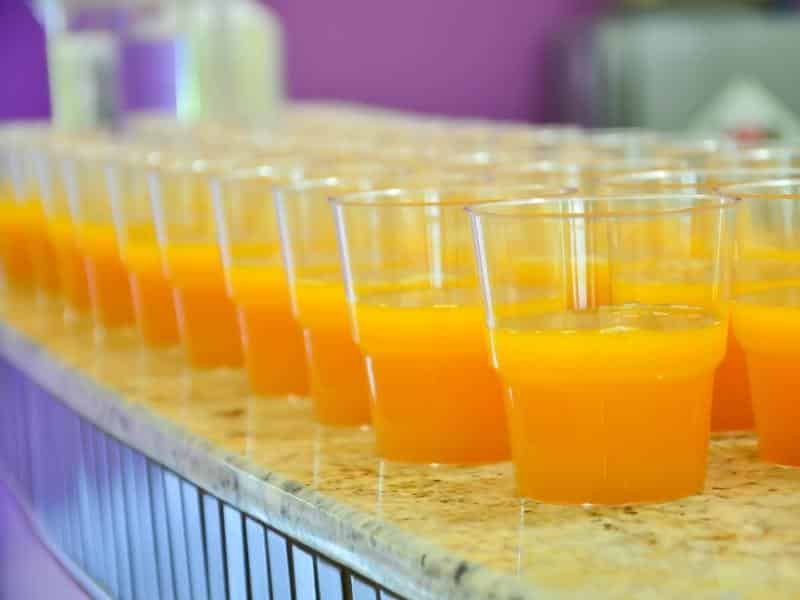 Freshly squeezed orange juice spoils much faster — within two to three days after being stored in the fridge.

Left out at room temperature, both fresh and store-bought orange juice spoil within a few hours.

Unrefrigerated store-bought orange juice found on store shelves lasts up to three months past its use-by date when stored in the pantry. Keeping this juice in a cool, dark place prolongs its shelf life, while leaving it on a kitchen counter in direct sunlight makes it spoil sooner, even while still sealed.

Once pasteurized packaged orange juice has been opened, use it within two hours or store it in the fridge for up to seven days.

Store-bought refrigerated orange juice lasts longer if the cold chain is unbroken. To help prevent the juice from spoiling, take a cooler bag to the store to keep the juice cold until you get home and place the juice in the fridge as soon as possible.

Opened store-bought juice should be placed in the fridge as soon as possible after being opened to prevent spoiling.

Freshly squeezed homemade orange juice lasts two to three hours at room temperature and two to three days in the fridge because this juice is unpasteurized and contains no preservatives. Fresh orange juice left out in direct sunlight will spoil sooner than juice that is kept in a cool, dark place.

Using good-quality fresh oranges makes fresh-squeezed juice last longer. If the oranges aren’t fresh, they may already be starting to spoil, resulting in a juice that will spoil sooner as well.

Wash the oranges before cutting them open and squeezing them, and keep the knife and the juicer clean to avoid transferring dirt or bacteria to the juice, causing it to spoil.

Orange juice concentrate has had all the water removed from the juice, and the remaining concentrate is frozen.

Once the concentrate has been opened and reconstituted by adding water, the juice has a longer fridge life than fresh-squeezed orange juice but goes bad sooner than pasteurized juice. Orange juice concentrate goes bad after two hours at room temperature but lasts for up to five days in the fridge. 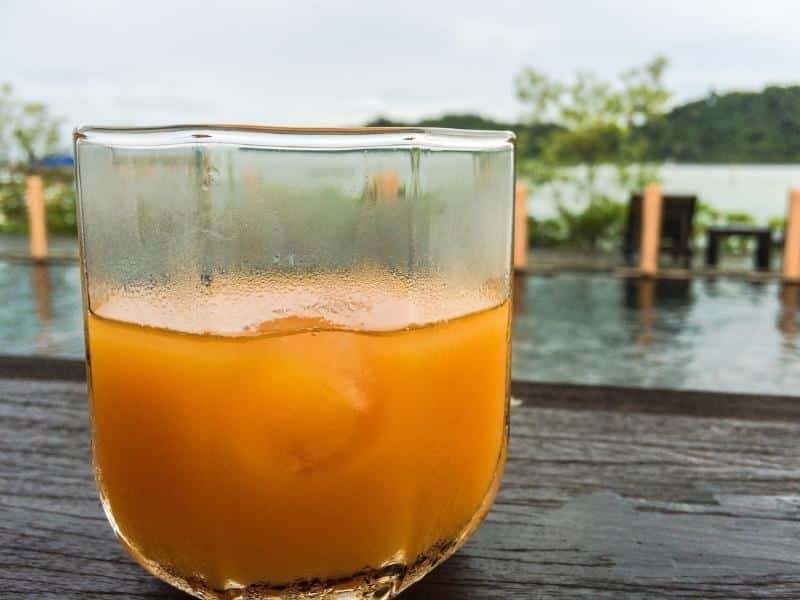 To make homemade fresh-squeezed orange juice last longer, store it in a clean glass bottle or jug. Glass is less likely than plastic to harbor bacteria that will make the orange juice spoil quickly.

Fill the glass or container to the top and cover it with an airtight seal or a piece of cling wrap to prevent the juice from coming into contact with air. Oxygen promotes bacterial growth in orange juice.

If you need to store orange juice in a plastic container, wash the container thoroughly with dish soap and fill it with boiling water. Leave the container to stand for two to three minutes with the water.

Pour out the water and dry the container with a clean cloth. Allow the container to cool completely before pouring the juice in and sealing it with an airtight lid.

Store fresh orange juice near the back of the fridge, where the temperature is the coldest and most consistent, rather than in the door, where the juice is exposed to room temperature every time the door is opened.

Adding honey to fresh-squeezed orange juice makes the juice last longer because honey acts as a natural preservative. Add 1 teaspoon of honey to 1 liter of orange juice and mix well.

The pulp of fresh-squeezed orange juice spoils sooner than the liquid, so removing the pulp before storing orange juice gives the juice a longer fridge life.

All of these tips also apply to prolonging the life of apple juice!

How to Know if Orange Juice Has Gone Bad 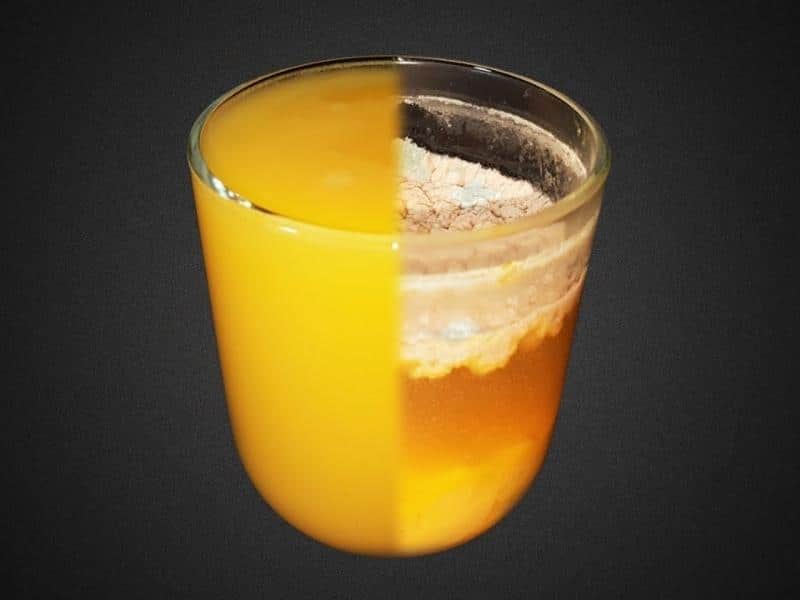 Orange juice can last for two to three hours at room temperature and up to two weeks in the fridge, depending on its use-by date and whether or not the juice has been opened.

Here are some ways to tell if orange juice has gone bad.

Discard orange juice that has become spoiled. The bacteria and other organisms in the juice make it unsafe to drink or use in cooking.