That all depends on where you are from.  Before we get into the technical measurements let’s delve into the background of the shot glass.  You never know what “sobering” new insights you might take away from this discussion.

A shot glass is a small glass meant for holding liquor/alcohol/spirits.  It is used to drink an amount of what is commonly referred to as a “shot.” It also functions as a pre-measured shot of alcohol to be added to cocktail drinks.

When a person drinks a shot it is typically done in one gulp. This is also known as a “shooter.”

In the U.S., the term “shot glass” was first introduced after Prohibition.  Prior to that, a drinker would have ordered a “whiskey taster” or “whiskey tumbler.”  These glasses were much thinner than a shot glass.

In the U.S. there are two types of shot glasses that serve the primary purpose of preparing drinks.  Their sizes are standardized in order to prepare correct portions for mixed alcoholic drinks. 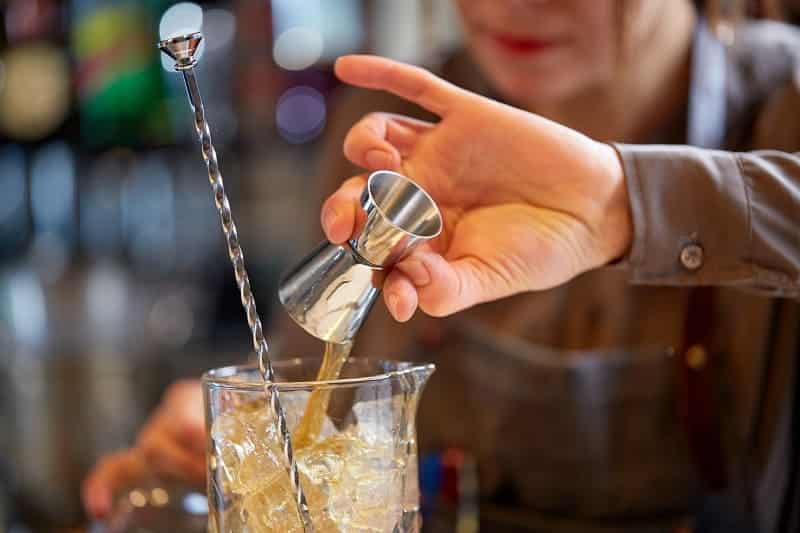 Second, the “jigger” is not only the name of the shot glass it is also an alcohol measurement standard.  For cooking, we would say add a dash of an ingredient in a recipe. Bartenders add a jigger of each drink when they are mixing up a cocktail.

The term jigger was a slang term introduced in the U.S. in the early 19th century. It refers to a small drink that measures about half a gill.  Until Prohibition, this measurement equaled 2 US fluid ounces (59 ml). Nowadays half a gill is considered to be closer to 1.5 US fluid ounces (44 ml).

The style of a stainless double-ended jigger was patented in 1893 by Cornelius Dungan of Chicago, Illinois. It looks like an hourglass with two unequal sized opposing cones.  One cone measures a standard single shot, and the other is a fraction or multiple. 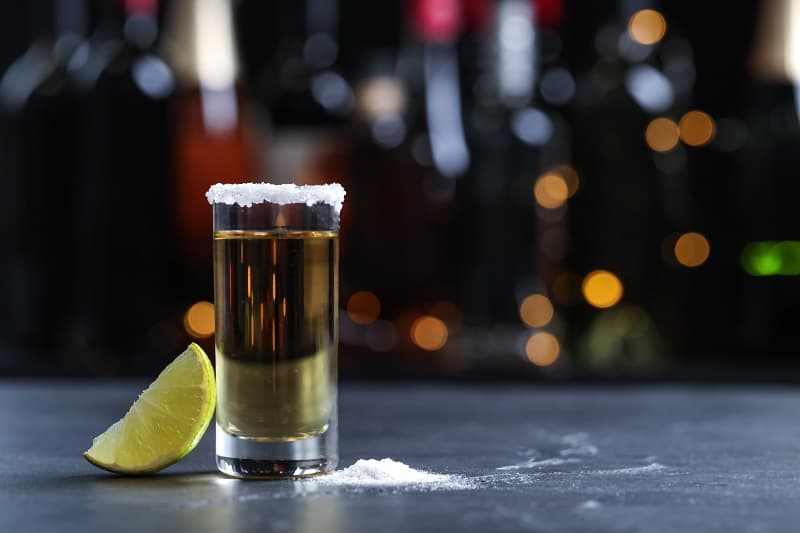 The “single” glass holds a full shot which is 1.5 US fluid ounces. “fluted” glass is your basic shot glass with the fluting designed seen on the base.

The “pony” glass holds up to 1 US ounce of fluid. These are also commonly used to add measured alcohol into mixed drinks.

“Tall” shot glasses may be taller, but they are narrower and can only hold a standard shot of 1.5 US ounces of liquid.

In Europe, the “rounded” shot glasses are quite common. The walls of the glass curve down, which leaves a 10-centimeter difference between the lip of the glass and the bottom rim of the glass.

With the different designs of shot glasses, this has become a collector’s attraction.  They can be found in antique stores and yard sales. They are popular souvenirs almost anywhere you travel.

What was considered a standard measurement for a “shot” in one country is not the same in another country.  Even more interesting is that while there are many variations of shot glasses in the U.S. It seems this term is not commonly used throughout the world.

Of course, you can’t just have one shot. You have options to choose between a small, single or double shot, so depending on where you are in the world will determine how much (more or less) alcohol you have in a shot.

Read this Article: Can You Freeze Chicken? 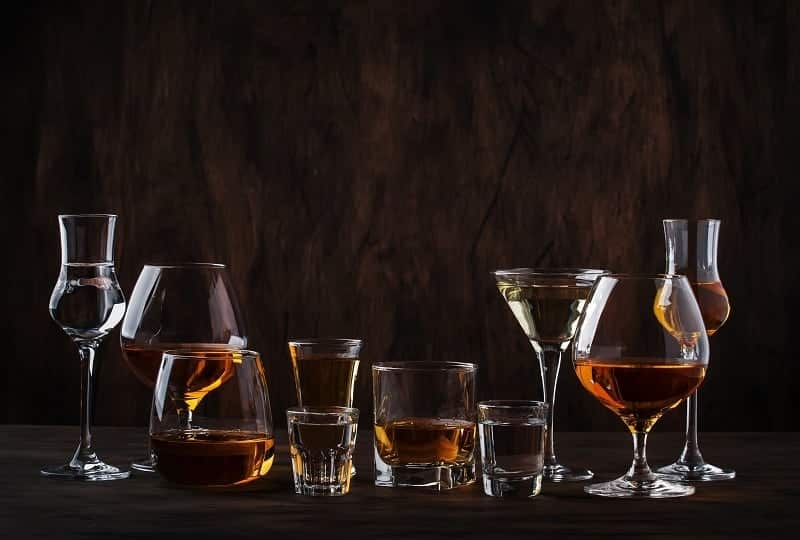 In Australia, they call a shot a “nip” and it measures at 30ml. The varying amounts of alcohol for a single shot start as low as 20ml in Germany and call them schnapsglas, pinnchen, or stamperl. The largest amount of a single shot is found in Japan at 60ml and is called a shottogurasu.

Canada’s single shot is at 44 ml (1.5 US fluid ounces) or 43 ml (1.5 imperial fluid ounces) depending on where you go for a drink.  Because many Canadian drinking establishments purchase their shot glasses from the U.S. their standard shot follows the U.S. at 30ml.

In Russia and their neighbors, everyone favors a generous 50ml per shot.  Our Nordic counterparts like Sweden and Denmark typically drink 40 ml per shot.

European countries all align with the same modest portions as the U.K. preferring 25 or 35 ml. Ireland stands out with an odd 35.5 ml.  The additional half measure is because they use the quarter gill measurement or 1/16 of a pint standard.

South Africa shots are at 25 ml.  Then we have to skip our Muslim neighbors who refrain from alcohol due to their religious beliefs. That leaves us with Israel at 50 or 60ml and India with 30 ml shots.

We hope you found this exploration into shot glasses interesting.  Bottoms up!