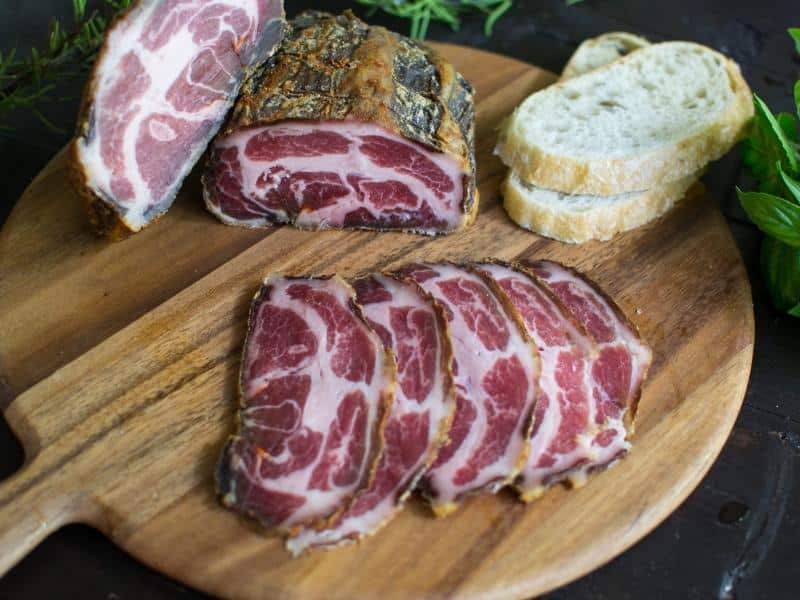 Cappacuolo (Capicola): What Is it and What Does it Taste Like?

Cappacuolo, sometimes called Capicola, is a dry-cured salami typically enjoyed thinly sliced as part of charcuterie boards or antipasto platters. This type of meat originated in Piacenza in the north of Italy and Calabria in the south.

What Is Cappacuolo Made of?

Cappacuolo is made from pork. This type of Italian pork comes from a whole muscle taken from the neck and shoulder region of the hog’s body. The muscle, known as the ‘Coppa,’ weighs around 2.5 grams. Capicola contains an ideal combination of meat and fat. 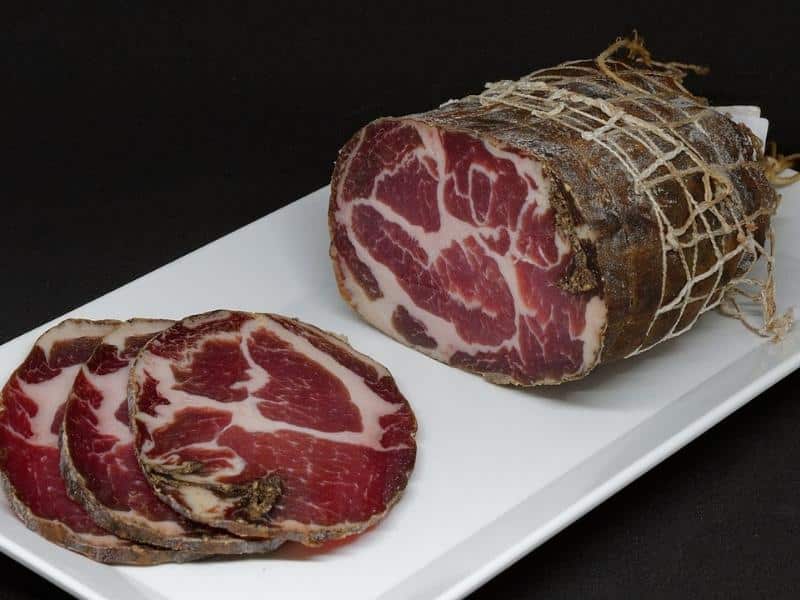 Cappacuolo is dry-cured in a dedicated curing chamber using a complex process to make the meat safe to eat. Home curers can substitute the chamber with a plastic bag to make Cappacuolo at home.

The meat is cured using a mixture of salt, nitrate, and nitrite to rid it of harmful bacteria. The raw meat rests in the curing mixture for at least one week, during which nitrites kill harmful bacteria, such as Clostridium botulinum, and nitrates slowly decompose and release more nitrite to preserve the curing mixture’s overall antibacterial effect. Nitrites also give Cappacuolo its signature dark pink color.

An additional supportive measure to the dry curing process is to spray the meat with an edible, white bacteria starter culture that further prevents harmful bacteria from penetrating the pork.

Cappacuolo can also be covered in herbs and spices of the curer’s choice during the curing process. Popular seasoning options include black pepper, cayenne pepper, smoked paprika, and garlic powder.

Once the pork meat has cured, the mixture must be rinsed off and the meat air-dried under controlled humidity and temperature for about six months. Once the meat has lost around 35% of its weight through dehydration, there is no longer enough water left for new bacteria to grow.

Is There a Difference Between Capicola and Coppa?

The difference between Capicola and Coppa is that Coppa is the name of the raw meat cut before the meat is cured. Capicola is the dry-cured Coppa cut, also known as salami.

Cappacuolo tastes like salty pork with a hint of spice and smoke. The meat’s spiciness depends on the types of spices used during the curing process. Whichever spice blend is used, the overall level of heat remains low because the spices are on the edge of the meat only.

Coppa is chewy in texture and melts easily — a unique texture resulting from the balanced ratio of fat to meat contained in this cut of pork. Because the meat is thinly sliced, the texture is similar to other thinly sliced deli meats, like Prosciutto.

What Is the Difference Between Capicola and Prosciutto? 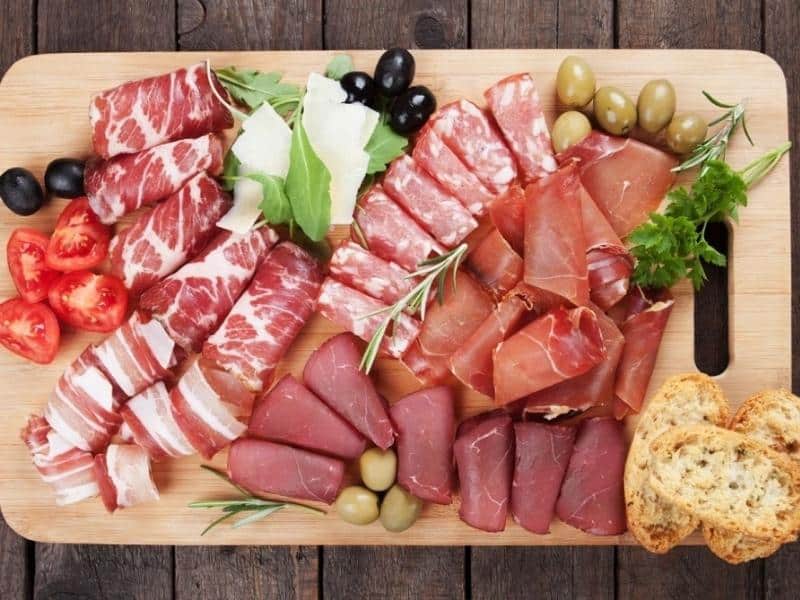 Capicola and Prosciutto taste slightly different. Capicola has a marbling of fat throughout the entire cut, whereas Prosciutto contains a band of fat running along the outer edge of the cut. Prosciutto is usually more expensive than Capicola because Prosciutto takes longer to cure — sometimes over a year.

Despite the differences between these two cured types of meat, they’re both commonly found in charcuterie boards and antipasto platters and can substitute one another in recipes.

What Is the Best Way to Serve Capicola? 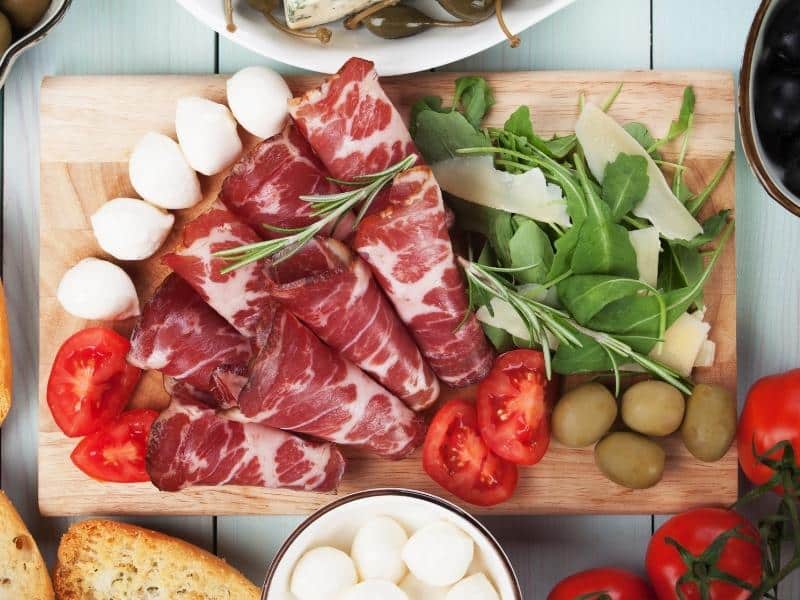 The best way to serve Capicola is as part of a charcuterie board or antipasto platter, alongside other food. These platters typically consist of cured meats alongside hard cheeses, red peppers, pickles, sliced apples, and chutneys.

Capicola can also be served as part of a salad or in a sandwich, with vegetables, or alongside other cured meats.