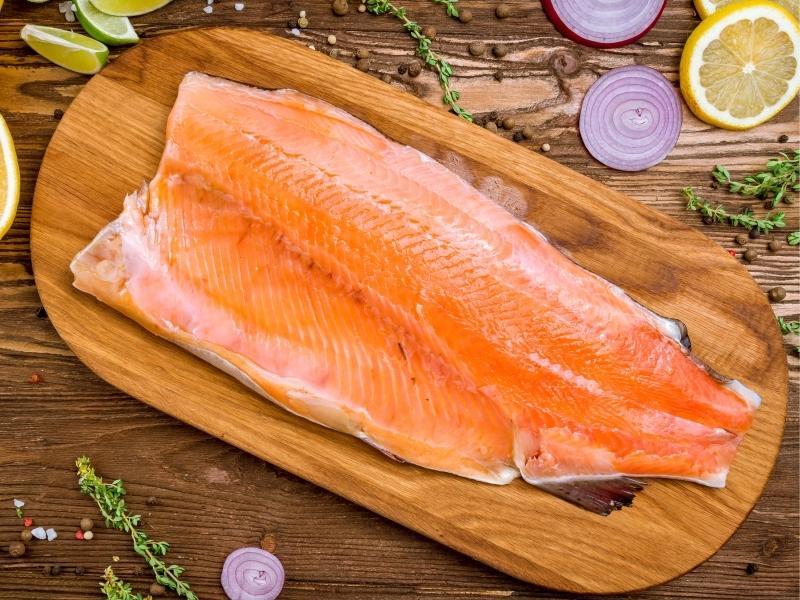 Filleting a trout is simple and will only take a few minutes if these steps are followed. To fillet a trout, certain tools are needed. These tools include a skinning board to hold the fish, a sharp fillet knife with a 4-inch blade, and a bowl of ice water to place the cut fish into. Trout should be filleted as soon as possible after catching to preserve the freshness and flavor of the fish.

Follow these steps to correctly clean and fillet a trout in a few minutes. Start cleaning the trout by descaling the fish. To descale the trout, place it on the cutting board and hold the fish by the tail. Use the back of the knife to scrape the fish’s skin, moving from the tail up to the head. Repeat this until no more scales come off, then rinse the knife, flip the fish, and descale the other side.

Separate the Jaw From the Body

Place the knife into the small hole near the underside of the tail and slice along the belly towards the head of the fish. When the knife is near the gills, tear the last bit of skin away with your hands.

Once the fish is sliced open along its belly, remove the entrails by holding the fish in one hand and pinching the area where the gills connect. Pull down towards the tail, and the entrails will follow.

Rinse the Inside of the Fish

When the entrails are removed, run cold water through the inside of the fish while brushing the body inside and out with your hands to clean out any sand, dirt, or entrails left behind.

The mud vein is located along the spine of the fish. Use your thumb or back of a spoon to scrape the mud vein out by dragging from the tail end to the head of the fish.

Bend the Head Back

Bend the trout’s head backward to separate the neck from the body of the fish. The neck should make a snapping sound as the bones break but the skin should still be intact. Leave the head dangling back, out of the way, as it will be removed later together with the fins.

Separate the Bones From the Meat

Use the knife to separate the meat from the bones, starting near the head of the fish. Position the knife between the meat and the ribs and carefully slice toward the tail of the fish. Make sure to keep the blade as close to the bones as possible to cut off the most meat. Flip the fish over and repeat the process on the other side for the second fillet.

Flip the fish and repeat this process on the other side. Once both cuts are made, pull out the ribs and throw them away. Flex the fillets to expose any leftover pin bones, using tweezers to remove them.

Remove the Head and Fins

Place the knife into the skin near the top of one fillet and slice through the skin across the fish’s neck to remove the top fins along with the head in one piece. Throw the head away or keep it to make stock.

To remove the fins, slice through the top of each fillet where it connects to the dorsal fin. Once each side is cut, pull out the fin and throw it away. The trout is ready to be cooked, skin left intact.

If you prefer your fillet skinless or plan to bread the fillets before cooking, insert the knife between the skin and meat, blade face against the inside of the skin. Drag the blade along the skin’s inner side to remove the skin. 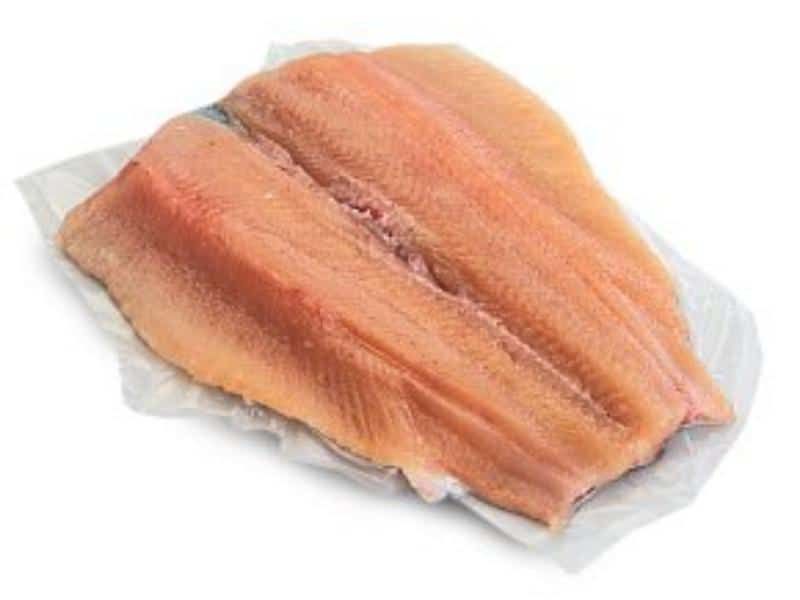 If the filleted trout isn’t going to be cooked immediately, it needs to be stored at the right temperature to keep it fresh. Filleted trout can be stored in the fridge if the fish will be used in the next few days, or in the freezer if it will be stored for longer.

Seal the filleted trout in a resealable plastic bag with as much air pushed out as possible before sealing.

Storing Trout in the Refrigerator

Fresh trout fillets can be stored in an airtight plastic bag in the fridge for one or two days to keep the fish fresh and safe to eat. Make sure the fridge temperature is set to 40°F or less at all times while the trout is inside the fridge.

Storing Trout in the Freezer

Trout can be stored in an airtight plastic bag and kept in the freezer for three to eight months. Make sure the freezer temperature is set to 0°F or less to keep the trout fresh.