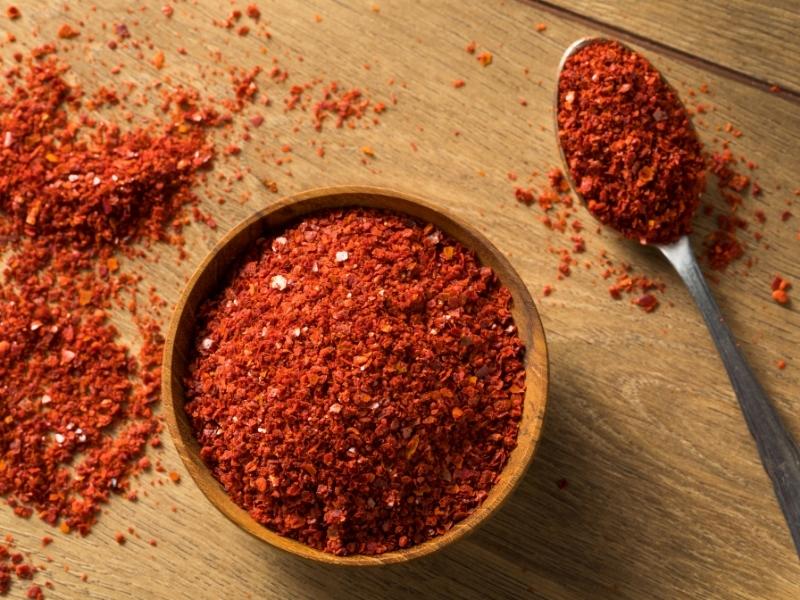 Gochugaru is a coarse chili powder made from deseeded dried chili peppers and has a hot, spicy flavor with a sweet edge. It is considered an indispensable ingredient in Korean dishes like gojuchang (a spicy chili paste) and kimchi (a strong-flavored fermented vegetable dish), soups, and stews.

Some numerous spices and flakes can be used as substitutes for gochugaru. Red chili pepper flakes, Aleppo pepper, and Chipotle powder won’t have the same spicy and sweet flavor blend, but they will give food a similar hot, spicy taste. 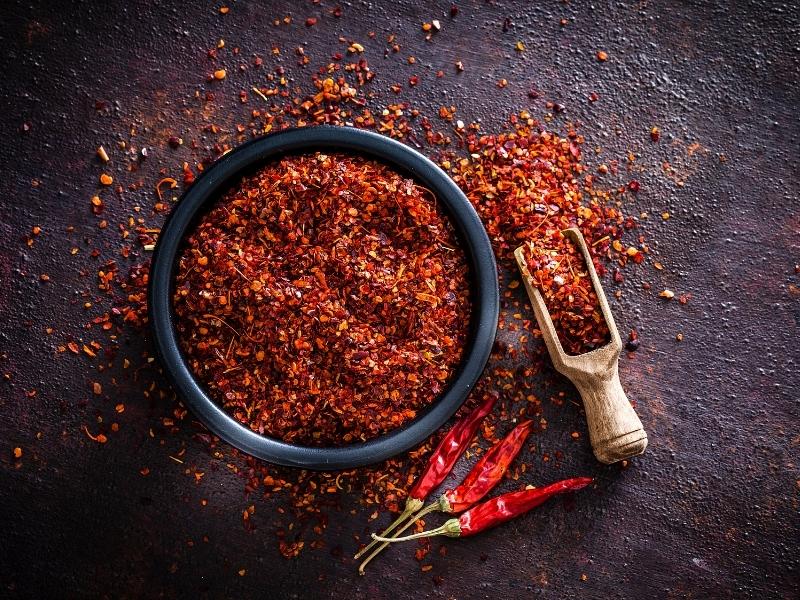 If the flakes have been made from extremely hot chili peppers, you can use red chili pepper flakes as a 1:1 gochugaru substitute. However, if the chili peppers are mild, you will need to use more than the recipe suggests to achieve the same hot taste. 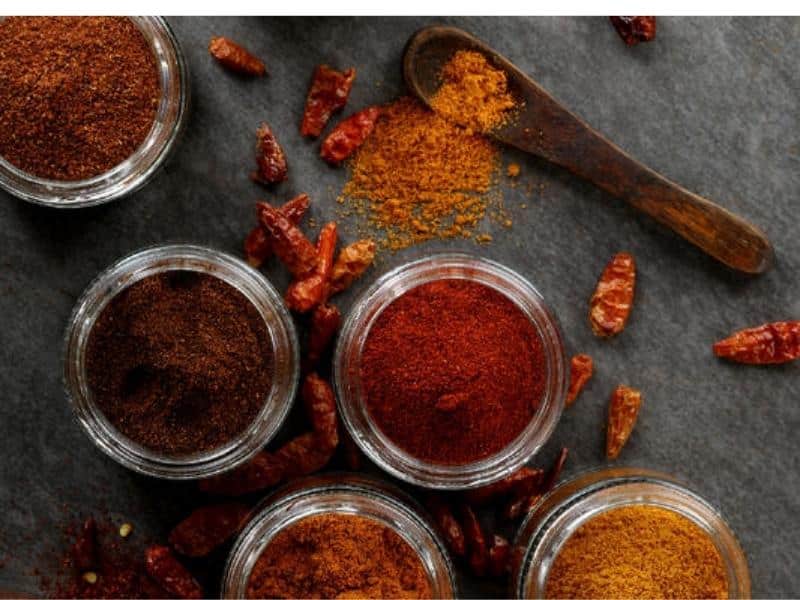 If you cannot find gochugaru, there are other ingredients that you can use in place of gochugaru.

Aleppo peppers originate from Turkey and Syria. They can be dried and ground into flakes that have a hot and spicy flavor, but they are much milder than gochugaru.

Aleppo peppers are popular in Mediterranean cooking and can also be used in Korean cuisine as a substitute for gochugaru. In kimchi and other spicy dishes, use twice the amount of Aleppo pepper flakes as you would gochugaru to make up for the mild heat from the Aleppo peppers.

Cayenne pepper is a popular ingredient in many types of cuisine. It can be used as a dried powder, or as flakes made from dried cayenne peppers. Cayenne pepper flakes work well as a gochugaru substitute because they have a similar texture and flavor to gochugaru.

Chipotle peppers are smoked and dried jalapeno peppers that have a similar hot, sweet flavor to gochugaru.

Chipotle powder is made from chipotle peppers. It is readily available in stores and can be used as a 1:1 gochugaru substitute in Korean soups, stews, and kimchi.

Chile de árbol powder makes a great substitute for gochugaru, because it has a similar hot, spicy flavor. Chile de árbol doesn’t have the same smoky undertones as gochugaru, but can be used as a 1:1 replacement in Korean dishes that rely on the heat of the spice, like Korean stew.

Gochujang is a thick paste made from the same Korean peppers used to make gochugaru, so it has a similar hot and spicy flavor. Gochujang can be used as a gochugaru substitute in dishes where the texture of the paste won’t affect the outcome.

Gochujang works well as an alternative to gochugaru in Korean stews and soups, but gochujang is saltier than gochugaru, so you should reduce the amount of salt in the recipe to make up for this. There are also other substitutes for gochujang that you could use.

Jalapeno peppers are a common ingredient in Mexican cuisine and have a hot and spicy flavor that is similar to gochugaru.

To achieve a hot and spicy taste, you can add finely chopped fresh jalapeno peppers to soups and stews as a substitute for gochugaru. One tablespoon of diced jalapeño peppers is the equivalent of half a teaspoon of gochugaru.

Green jalapeno peppers will give your dish similar to gochugaru, but they won’t give it the same red color.

Kashmiri powder is made from dried Kashmiri peppers, which come from the Kashmir area of India.

Dried poblano peppers are called Ancho chilis. The poblano pepper is a mild, sweet pepper that originates from Mexico and is popular in Mexican cuisine.

Ancho chilis work as a substitute for gochugaru in Korean dishes like soups and stews that do not rely on heat for flavor. When you use Ancho chilis in place of gochugaru, you should add some extra spice to the recipe to give the dish more heat.

Paprika is a ground spice made from dried red peppers. There are numerous varieties of paprika, some sweet and some hot, all of which have the same red color as gochugaru.

You can use paprika as a replacement for gochugaru in most Korean dishes, but you should look for a hot variety to get as close to the original taste as possible. Use two teaspoons of paprika in place of one teaspoon of gochugaru.