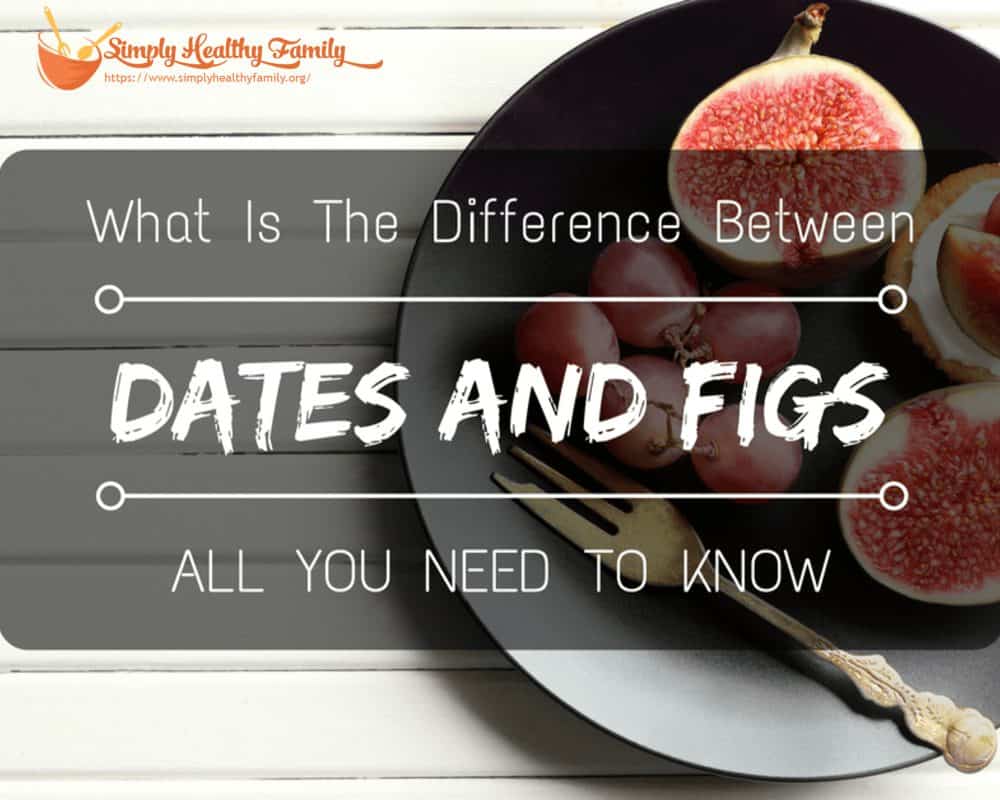 Are you a fan of fruits? If you are, you must get some dates and figs. These are tasty fruits that look like oversized raisins. Both have wrinkly textures and are rich in nutrients. However, despite being totally different, some people can easily mistake one for the other.

If you’re planning on trying these fruits out, then you might as well find out the difference between the two. After all, it’s important to know what kind of food you are putting in your mouth. So without further ado, here’s all the things you need to know about dates and figs.

Related Reading: 12 Tricks to Make Your Smoothie Creamy and Thick All The Time

What Is A Date?

Before you get all excited about this date I’m talking about, you should know that I am talking about the fruit and not the romantic activity lovers usually do. A date fruit is taken from the date palm tree.

It looks like an oversized raisin with its dark wrinkly skin. Just like their miniature lookalike, dates are very sweet fruits and are often served dried.

Dates originally came from Middle Eastern countries and were soon grown in other countries including North Africa and America. In the U.S., dates are usually grown in the state of Arizona and California.

You can easily find some fresh dates during the months between September and December. Unless you prefer getting some sun dried dates that can easily be bought at your local supermarket all year-round.

Dates can be eaten as it is, or you can add some nuts such as almonds and walnuts to it to enhance its flavors. Some cream cheese would do you good as well.

Aside from having a sweet taste that makes it a great fruit snack, dates also possess several vitamins and nutrients. For every hundred grams of dates, you will find 6.7 g of fiber, 696 mg of potassium, 0.4 mg of copper, 0.3 mg of manganese, 54 mg of magnesium, and 0.2 mg of Vitamin B6.

However, since dates are sweet, you should be careful not to consume too much since it contains 66.5 grams of sugar per 100 grams.

What Is A Fig?

The fig is a small fruit that comes from the Ficus tree. Just like dates, figs come in multiple colors and sizes and are usually served dried. However, a lot of people still prefer eating figs fresh out of the ficus tree since eating it raw is deemed to give off more health benefits.

Fresh figs originally came from Middle Eastern and Mediterranean regions, and soon made it out of European and American regions. Dried figs on the other hand, mostly come from northern regions.

Figs can easily be added to several meals. I personally prefer adding it to plain oatmeal to add a sense of sweetness. Aside from oatmeal, you can also try adding figs to yogurt and salads. It also makes for a great addition to a cheese platter.

Another similarity figs have with dates is that they are also pretty healthy. Though figs don’t contain as much vitamins and nutrients as dates do, figs have been used for its health benefits for a really long time.

Ever since ancient Egyptian times, figs have been a source of energy since it contains plenty of fibers and anti-oxidants. Figs are very rich in fiber, making it a natural laxative that will easily help you regulate your bowel movements and improve your digestive system. But do note that dried fig fruits work more efficiently in the gastrointestinal department since the human body absorbs more fiber from food with less liquids.

Once you’ve gotten to this part of the article, I’m sure you must now have a firm grasp on the difference between a fig and a date. Though both may have several similarities including their sweet taste and Middle Eastern origin, both can easily be distinguished from one another once you find out which is which.

If you liked reading this article and would like to know more about different kinds of food, kindly leave us your feedback in the comment box below. Until next time, enjoy!