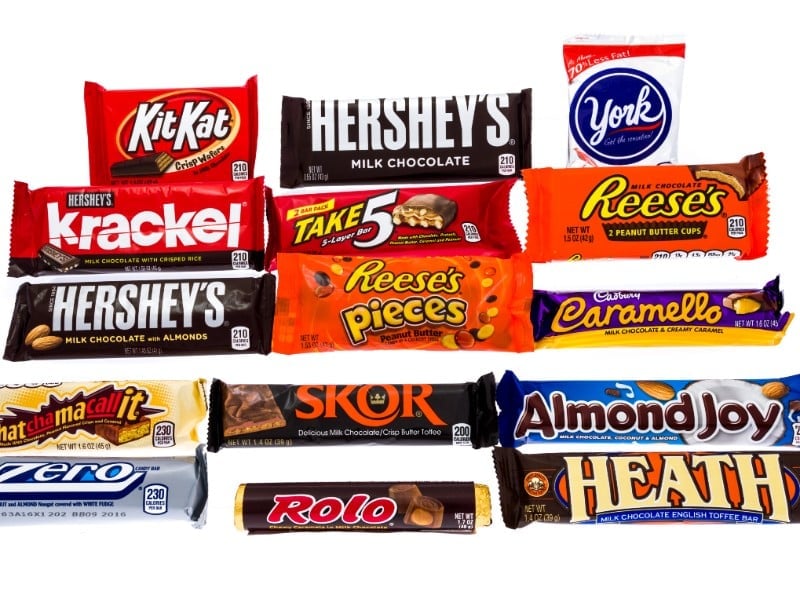 Skor and Heath are both toffee chocolate bars, but there are differences in taste, texture, and packaging when comparing these two bars. Heath is crunchy and has a strong almond taste. Skor is thinner, darker, and richer than Heath, and the toffee is buttery. Skor has the same amount of calories as Heath, but double the amount of cholesterol.

Is a Skor Bar the Same as a Heath Bar? 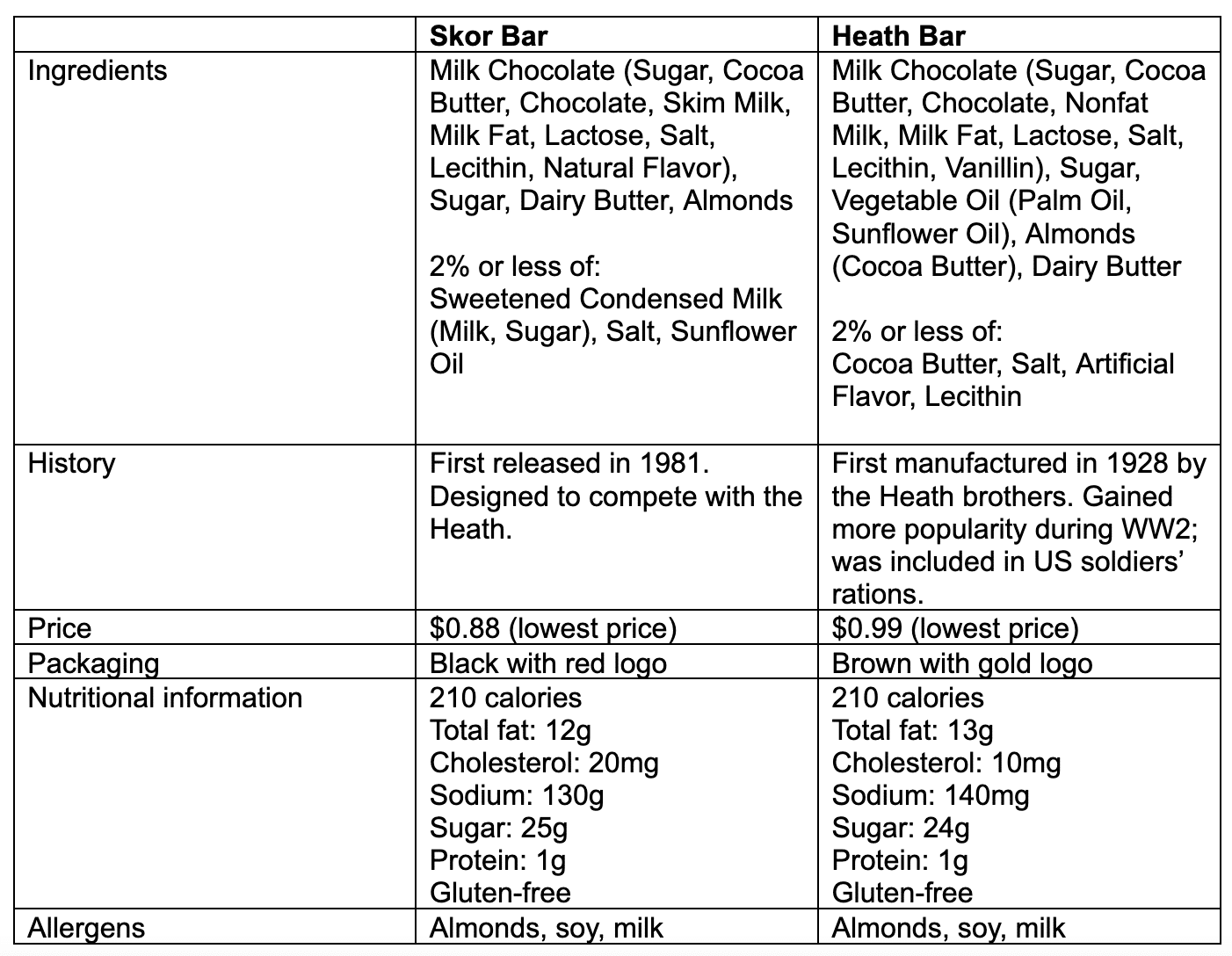 Skor is a candy bar made from milk chocolate, toffee, and almonds. Skor is manufactured by the Hershey Company and has been around since 1981. Skor is darker and thinner than Heath and has a buttery flavor.

Skor contains the food additive lecithin. Lecithin functions as an emulsifier, helping to keep the ingredients blended together and the texture smooth.

The Skor candy bar was produced in 1981 by the Hershey Company. Skor was originally designed to compete against the Heath bar, which had gained widespread popularity at the time. Hershey still owns the Skor bar today.

Where to Buy Skor 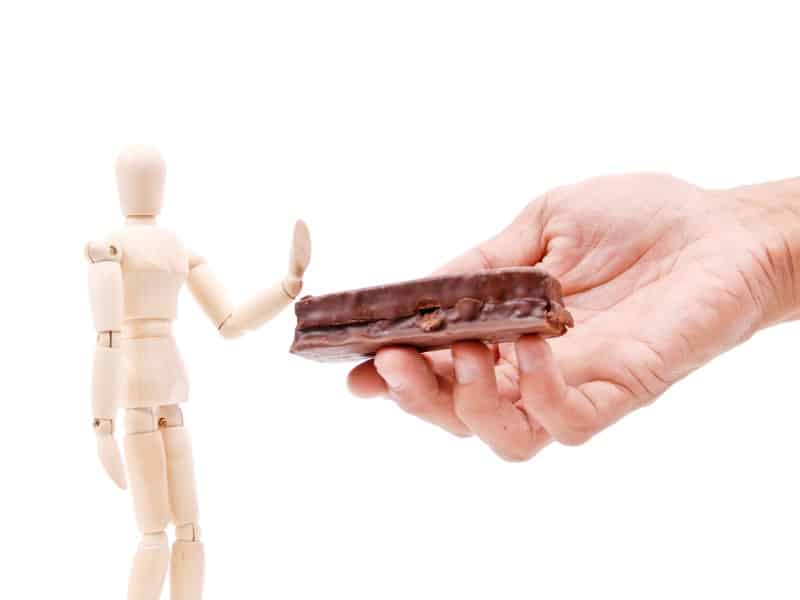 Skor is found in most local stores and supermarkets. A Skor bar costs between $0.88 and $2.00, depending on the retailer. The Hershey’s store sells two multipack options of this candy bar: a five-pack, costing $6.95, and a 36 pack, costing $46.99.

Inside the “o” of “Skor” is a crown that resembles the Swedish national emblem. Skor translates to “shoes” in Swedish. It’s possible that Skor is a misspelling of “Skör,” the Swedish word for “brittle.”

Skor contains 210 calories, which makes up around 10% of an adult’s recommended daily intake. This candy bar is gluten-free and contains 130g of sodium, 25g of sugar, 12g of fat, and 1g of protein. A Skor bar has less sodium than a Heath bar. Allergens include milk, soy, and almonds.

Heath is a milk chocolate bar with English toffee and crunchy almonds. The candy bar was first manufactured in 1928 and is now owned by the Hershey Company. Heath has a nuttier taste and softer texture than its rival.

This chocolate toffee bar is made of milk chocolate, sugar, almonds, butter, artificial flavoring, and lecithin. Heath has similar ingredients to Skor. The main difference is that Heath contains palm oil, whereas Skor contains sunflower oil.

Heath was invented in 1928 by the Heath brothers, who later formed the company L.S. Heath & Sons, Inc. The candy was originally marketed as a health bar and used the motto “heath for better health.”

Heath gained widespread popularity in the US during WW2, and the chocolate bar was included in US soldiers’ rations. Today, Heath is now owned and manufactured by the Hershey Company.

Where to Buy Heath

Heath’s packaging is brown with an orange-hued center. “Heath” is written in gold in the middle. The packaging has a traditional, vintage feel, and below the logo is a blue banner that reads “milk chocolate English toffee bar.” There is a stylized seal with the words “finest quality English toffee” at the left.

Heath isn’t a healthy snack, although it was initially marketed as a health bar. Heath contains the same number of calories as Skor (210) and lacks nutritional value. However, Heath is lower in cholesterol and sugar content than Skor.

Heath contains 13g of fat, 10mg of cholesterol, 140mg of sodium, 24g of sugar, and 1g of protein. Heath is gluten-free and contains milk, soy, and almonds.

Heath vs Skor: Which is Better? 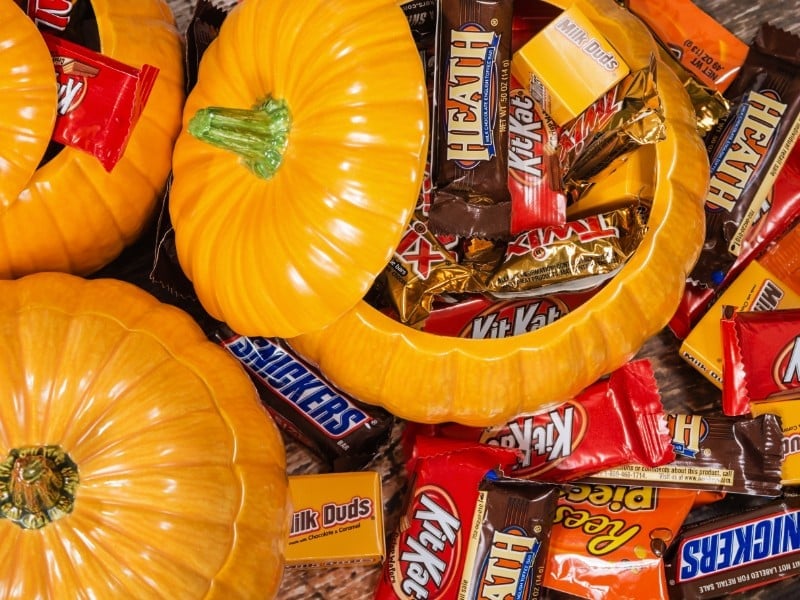 Heath and Skor are similar-tasting chocolate toffee bars. Heath is better suited to people who prefer a nuttier flavor, while Skor is ideal for people who want a buttery toffee kick. People following a palm oil-free diet should avoid Heath. Both chocolate bars are gluten-free and widely available and cost under $2.

For people looking to lower their cholesterol intake, Heath is a better snack option. Heath only contains 10mg of cholesterol, whereas Skor contains 20mg.

Another similar candy bar to Health and Skor is Daim. Daim is made with Rainforest Alliance Certified Cocoa, making Daim a more eco-friendly option. However, Daim is more expensive than Skor and Heath and is hard to find in the US.