There’s a lot you can do with a bit of potato. It’s quite a versatile food, and you can use it as a cornerstone of many different dishes. It’s inexpensive, and it is available at all times of the year, so you will always be able to get some at your local grocery store.

The white sweet potato is an often overlooked type of potato that can improve some common potato dishes massively, and today we will cover some of the great recipes you can make with it.

What Are White Sweet Potatoes? 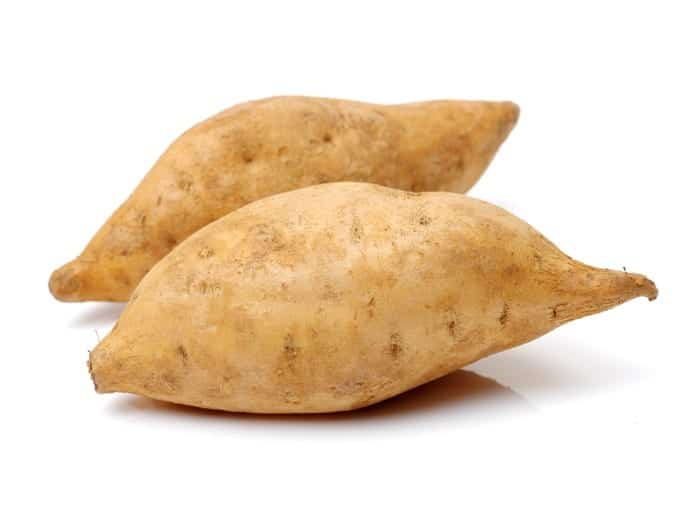 You might not have heard about white sweet potatoes, and that’s not surprising since they are not quite as common as the other types of sweet potatoes. As you might know, sweet potatoes can come in a wide variety of different skin colors – yellow, red, brown, and so on.

Different flesh colors like white, orange, yellow and even purple are also out there. However, the most common type of sweet potato is the one with copper-colored skin and soft orange flesh. The other main type comes with golden skin and white flesh, which is the one we will cover today.

The white sweet potatoes are less sweet than the orange variant, making them well-suited for dishes that require a bit less flavor from their ingredients.

They can also be used with a wider variety of spices since their natural flavor won’t overpower the spices used in the dish. They can add that little bit of sweetness and texture without dominating the dish, which is something you can’t do with orange sweet potatoes. 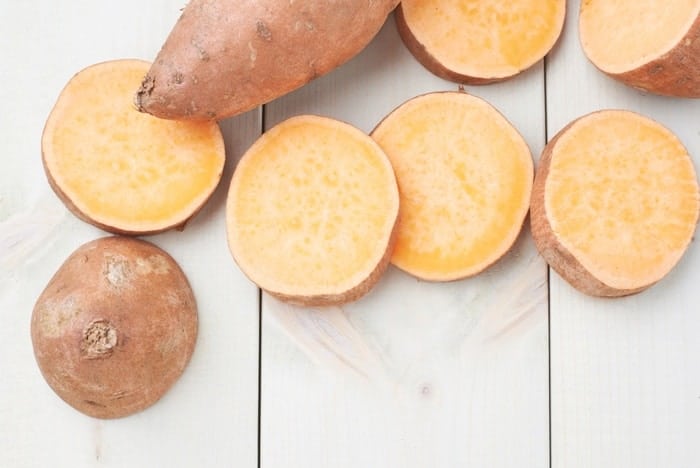 First is the fact that they contain more antioxidants which are beneficial for people with high blood pressure. The other one is that, despite what their sweetness may lead you to think, they actually contain fewer carbs than regular potatoes, on average.

They also contain a lot more vitamin A and vitamin C, which are both essential for a healthy balanced diet. There’s more, but going into every detail might be a little too much for this article.

When it comes to nutrition, white sweet potatoes aren’t much different than orange sweet potatoes. They contain slightly fewer antioxidants, but that’s about it. The main difference is in the taste, rather than in the nutrition.

Skin vs. No Skin

Some people will tell you to take off the sweet potato skin when baking or cooking them, but others will swear by it and say that taking the skin off is a bad thing to do. So, what’s the deal? Well, we looked into it and here’s some info we came across.

Overall, the skin of a sweet potato is extremely beneficial and contains plenty f useful nutrients that you shouldn’t pass up on. It’s rich in Vitamin C, Vitamin E, and Beta-Carotene, which are all essential to a healthy and balanced diet. If you take off the skin, you make the sweet potato a lot less nutritionally beneficial for yourself.

Of course, you should wash the potatoes thoroughly before eating them, since a lot of dirt can be gathered up in the skin. This is where the myth of the potato skin being inedible or bad for you, comes from – badly washed potatoes that made people sick.

It was not the fault of the skin but rather the people preparing the meals that used it – don’t make the same mistake.

The 3 Best White Sweet Potato Recipes We can Recommend

Let’s get right down to it and go through some of the best white sweet potato recipes we know of. Most of them are relatively easy to make, and you should be able to find all the ingredients at your local grocery store. You will be able to cook up some of them in no time at all.

So, let’s begin with one of our favorites. 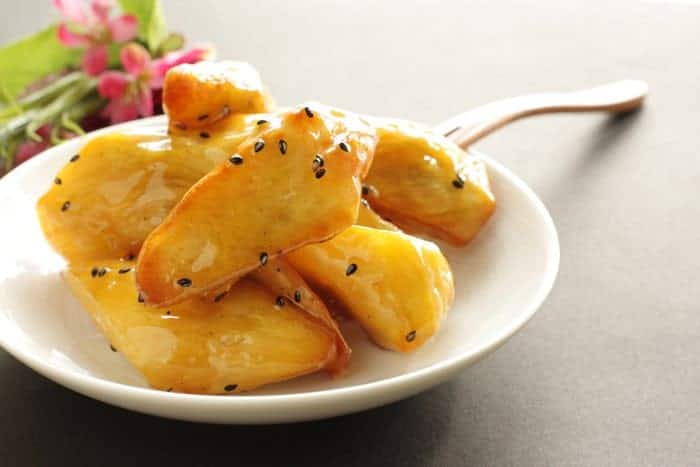 This is a great sweet side dish that can be served with a wide variety of main dishes, like pork chops or a roasted turkey. It can also be served as an appetizer or even as a dessert if you don’t want something too sweet and carb-heavy. It’s quite a versatile dish.

Making this dish might seem complicated at first glance, but it’s not.

You can also experiment with other spices when making this dish, and some of us have found that we like it lot with some wasabi. Try it out and see how you feel about it. 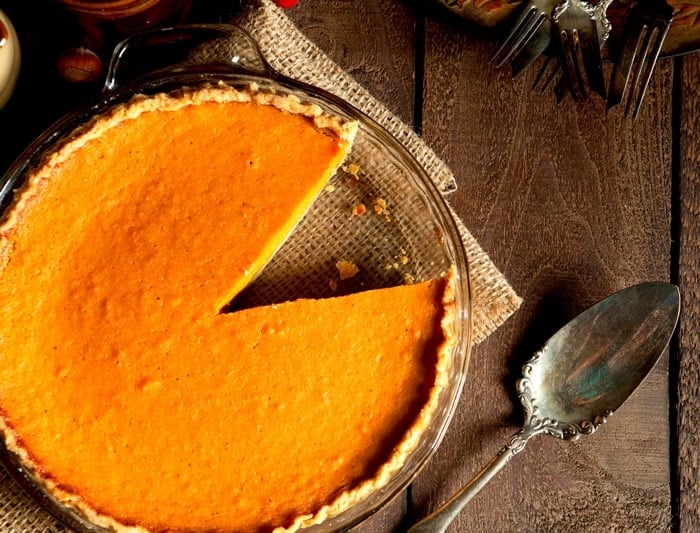 You can whip this pie up in almost no time at all, and it will be a great fit for almost any dinner table. It can be served standalone or as a nice and healthy dessert. 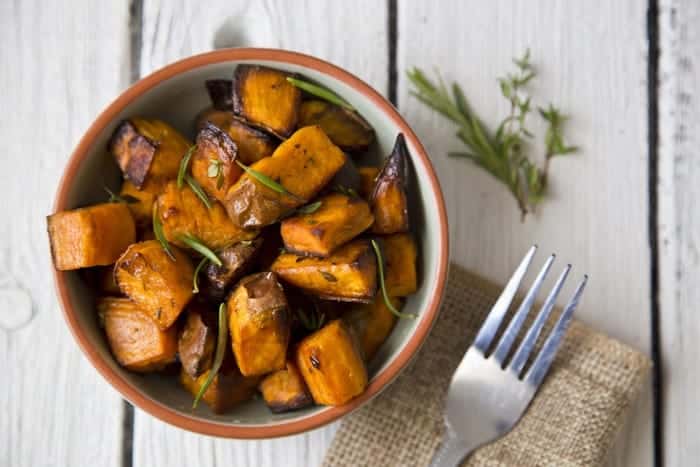 Here we have a nice and savory dish that can be served as a good appetizer or just a light and tasty snack that doesn’t contain a lot of carbs or fat. You can also replace some of the seasonings here with different ingredients and experiment until you get the recipe down to how you like it.

You can also experiment with adding a few more different spices or replacing rosemary with a different seasoning. We like adding some black pepper to the recipe for extra spice!

Those are the best recipes for white sweet potatoes that we could find, and they are all relatively straightforward and easy to make. You should try them out and see for yourself! Once you get the hang of them, you can also modify them to your liking with ease.