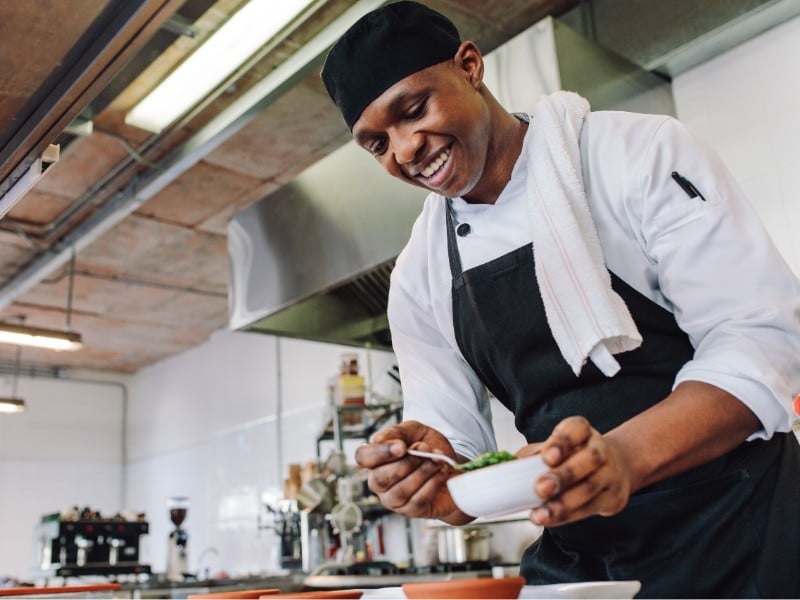 Teppanyaki and hibachi restaurants are Japanese restaurants that grill the food over an open flame in front of customers. Customers enjoy going to these restaurants to watch chefs prepare their fresh food. Customers can also witness the impressive skills of the chef making their food.

Japanese Restaurants Where They Cook in Front of You

Finding Japanese restaurants that cook in front of you can be difficult, but chain teppanyaki and hibachi restaurants like Benihana and Shogun can be found across the United States.

Benihana: Across the US

The chefs at Benihana cook the food on a hibachi grill, in front of the customers, and impress the guests with speedy, expert knife tricks.

Despite Benihana’s popularity, some people find the food less authentic than traditional Japanese hibachi food. Benihana is also more expensive than other restaurants, so it may not suit customers on a budget. 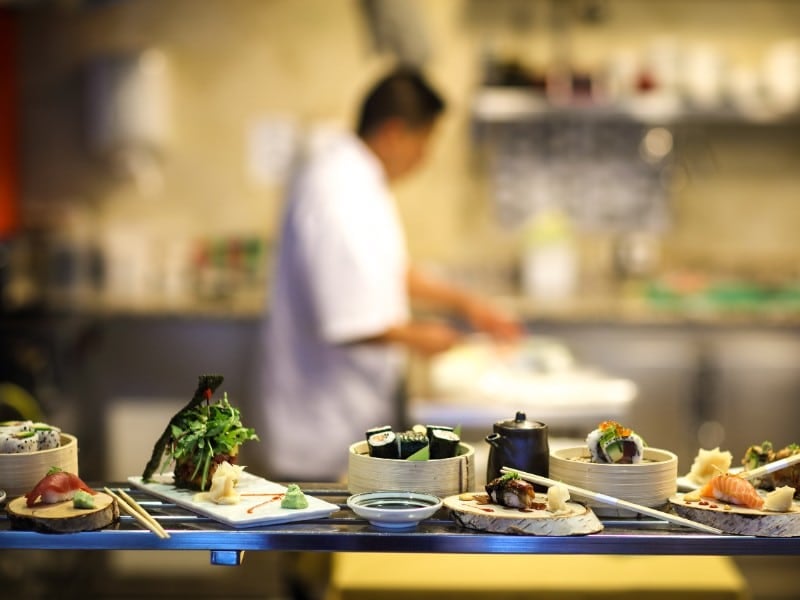 Shogun Japanese Grill & Sushi Bar is a teppanyaki and sushi restaurant chain with various locations across Southern California. This restaurant is popular because of the unique dining experience it offers and the ability for guests to watch their food being made.

This restaurant’s popular dishes include:

Although Shogun is a popular restaurant chain, not everyone enjoys it. The restaurant is more expensive than most restaurants, so it’s not ideal for people on a low budget. Many of Shogun’s popular dishes are meat-based, so this restaurant may not be as popular with vegetarians and vegans.

Sakura Japanese Steak, Seafood House & Sushi Bar: Across the US

This Japanese hibachi restaurant offers a range of teppanyaki dishes as well as sushi and steak. Customers enjoy the high-quality ingredients and the option to watch their food be cooked live by expert chefs.

This restaurant’s popular dishes include:

This popular restaurant may not be popular with vegans and vegetarians because the menu is mostly based on meat and fish. This Japanese eatery is also quite expensive.

Teppanyaki and hibachi are similar styles of cooking, both originating from Japan, that grill food over an open flame. Both styles are used in restaurants that cook in front of guests, such as Benihana and Shogun restaurants. However, there are a couple of key differences.

Teppanyaki refers to a style of grilling that uses an iron griddle with a flat surface to prepare food in front of restaurant guests. Teppanyaki grills tend to use a propane grill as their source of heat.

Restaurants where chefs cook and do tricks in front of you include: 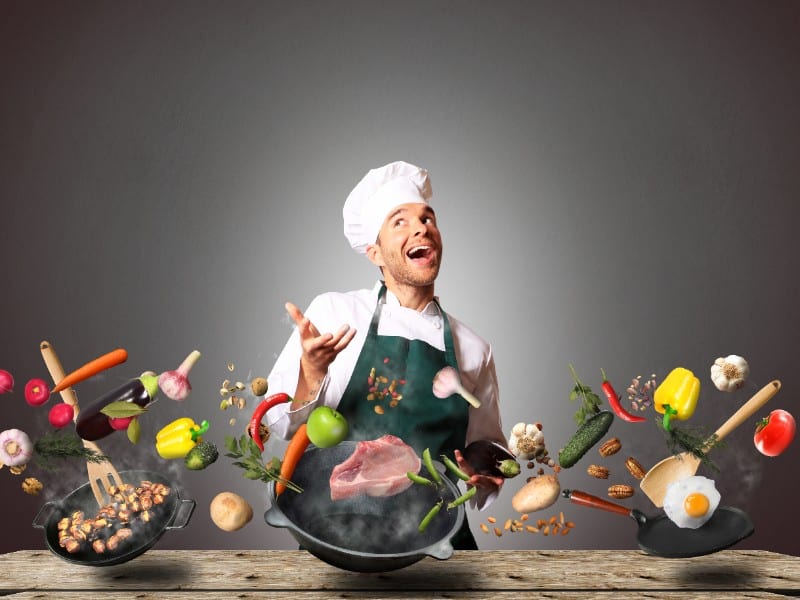 Teppanyaki restaurants are not available in all areas of the United States, but there are other Asian restaurant chains that can provide a similar fun experience: